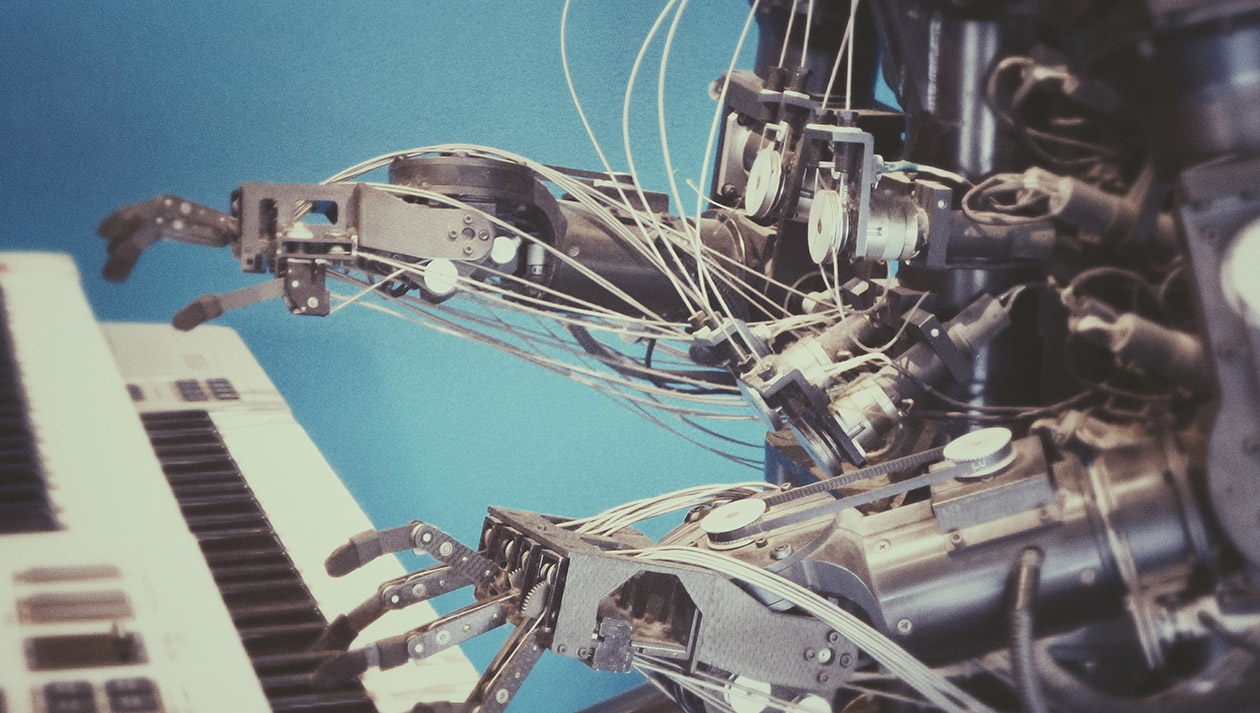 From box office hits about invading machines, to news of major commercial acquisitions, artificial intelligence is big business. Hollywood's version of AI grips the popular imagination,  but the reality for the design industry is different. And exciting.

Rather than a threat to be feared, AI’s potential promises benefits to both the industry and society.

A world without work?

AI refers to non-sentient intelligence that can deliver complex tasks previously performed by people. AI is already impacting dramatically on our work and our society. (There’s a separate conversation about ‘singularity’ – but that’s for another day).

Ever since the industrial revolution, machines have replaced human jobs. But with the rise of intelligent machines, the scale and nature of this process is escalating.

At a recent Ted X event the futurist Thomas Frey predicted that 30 billion jobs will disappear by 2030 - 50% of all jobs. Google’s driverless cars is only the beginning. Amazon could totally automate their warehouses and delivery systems, letting go of countless employees in the process.

Companies within the creative and technology sectors constantly look to streamline their workforce by automating jobs. If a piece of software can replace you, it will. In his Atlantic article, ‘A world without work’, Derek Thomson gives the example of AT&T and Google:

"In 1964 America’s most valuable company, AT&T was worth $267 billion in today’s dollars and employed 758,611 people. Today Google is worth $370 billion but only has about 55,000 employees - less than a tenth the size of AT&T’s workforce in its heyday." In short, better software and automation is helping Google and other companies make more profit with less people.

Implications for the creative industry

But what about AI and the design industry specifically?

NPR’s ‘Will your job be done by a machine?’ predicts an 8% chance of a graphic designer’s job being automated in 20 years time. An underestimate, in my view.

Because a designer’s job traditionally involves creating unstructured information, you might imagine it would be safe. However a modern digital designer spends a lot of their time working with grids, pre-designed UI, and pre-set rules to ensure things work across multiple devices. I don’t think I’m sticking my neck out by saying that these parts of a designer’s job can often feel laborious and, yes, mechanical. Wouldn’t it be better and more efficient if a computer could do this? Wouldn’t this give designers more time to focus on making the content as good as possible?

In fact, automated design is already on the horizon. Take The Grid, a soon to be launched and much publicised website builder that advertises itself as “AI websites that design themselves.” Clever AI or clever marketing? We’ll see, but The Grid  has sparked a great conversation around design and automation.

The Grid claims to empower designers by freeing them from technical tasks allowing them to focus on the creative and strategic. Definitely an attractive and persuasive proposition.

Leigh Taylor, CCO at The Grid, explains “a lot of people want to believe that good design is unexplainable magic, but it’s certainly helped along with design principles like the rule of three, Fibonacci’s spiral, the golden ratio, sacred geometry, and others. Whether those crafting designs are intentionally using those principles or it’s just a gut instinct.”

An opportunity for designers

Let’s imagine a scenario in 10 years time where software like The Grid is used by design studios. The design of their web builds would be automated based on strategic goals, leaving only the fine tuning of UI and interaction to the web developers. Would this automation focus the designers energy, conversation and creativity on the things that make great work great? I think it would.

In fact I believe that AI will help the design industry clarify the boundary between creative and production work. If a computer can resize an advert into 50 formats, the designer is freer to focus on the look and feel of the next campaign. Good for the designer and the company.

So, these are exciting times and technology is there to be exploited. Don’t fear the machine, embrace it. It will give us freedom to tackle and to create more interesting work. Make sure you keep yourself on the cutting edge of software so you are always innovating to improve the efficiency of your workflow.

Take time to reflect, and strive to do work on a day to day basis that is conceptual and subjective. Make sure you’re not just designing the structures that hold and display information, like grids and content systems, but that you are also working with unstructured information that only people can create, like photography, video and illustration.

Take a good look at your job: which parts of it could be automated and which parts need the experience, insights and creativity of a human being? Maybe it’s time to refocus your energies here, aim high and push yourself until you are creating work only you could do.

Original thinking, design and art are what push society on, so the freer we are to spend our energy here the better. Machines are here to help us make this art, they can never tell us what is art. Well, not in our lifetime anyway.